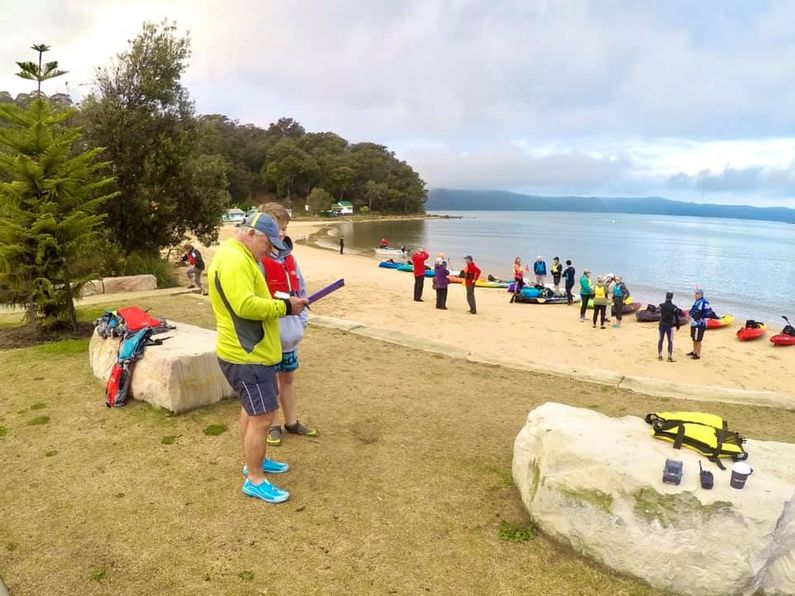 Patonga along The Hawkesbury to Lion Island- Wednesday 8 July 2020

Biggest ever turnout today for the Wednesday group meant Colin had to rope in yet another family member for assistance – thank you to young Jack for getting out of bed at such a ridiculously early hour for a teenager to help out. You were absolute poetry in motion out in the swell making it look so easy! After a quick socially distanced on shore huddle and a word or two (or three) from Colin about where we were headed – left around Dark Corner and up along the shoreline to Middle Head, then review, and maybe on to Lion Island, and something about us all sticking together, and something about a limit of twenty words per stroke – we were off, some slightly more gracefully than others. But all good. 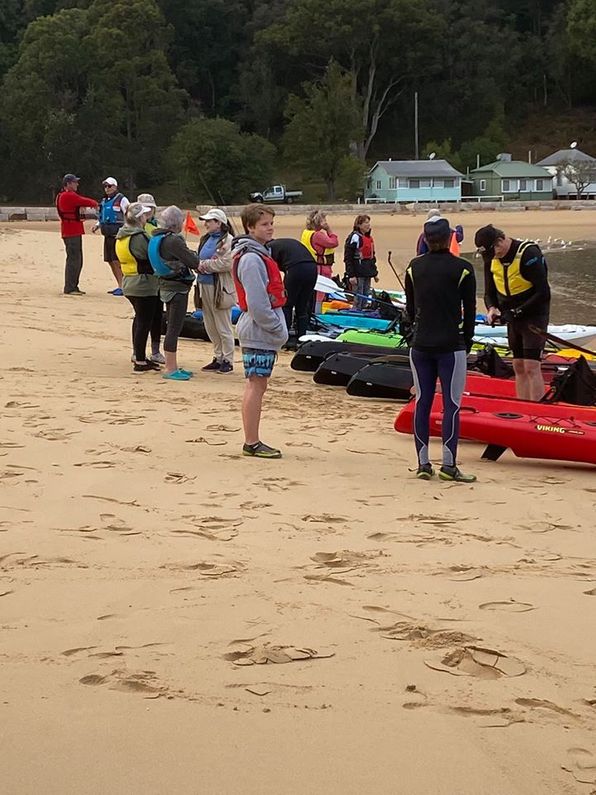 The armada ready to go

Patonga to Lion Island and return

We paddled a little ways out from the shoreline and the paddlers in double kayaks soon got themselves in sync. It was excitement plus with not one but two sea eagles spotted sitting quietly up in the gum trees checking us out. The sandstone cliffs and tumble of boulders and rocks on the shoreline were spectacular. It was also nice to take in the view on our right across the water to West Head, Flint and Steel Beach and Barrenjoey Lighthouse. As we started getting closer to the spot where the land on our left was going to end and the expanse of water out to Lion Island (and then New Zealand) was going to get expansier, the swell picked up. Some paddlers decided they weren’t too keen on the swell and open water today so headed back for a nice hot coffee at the Boathouse cafe. 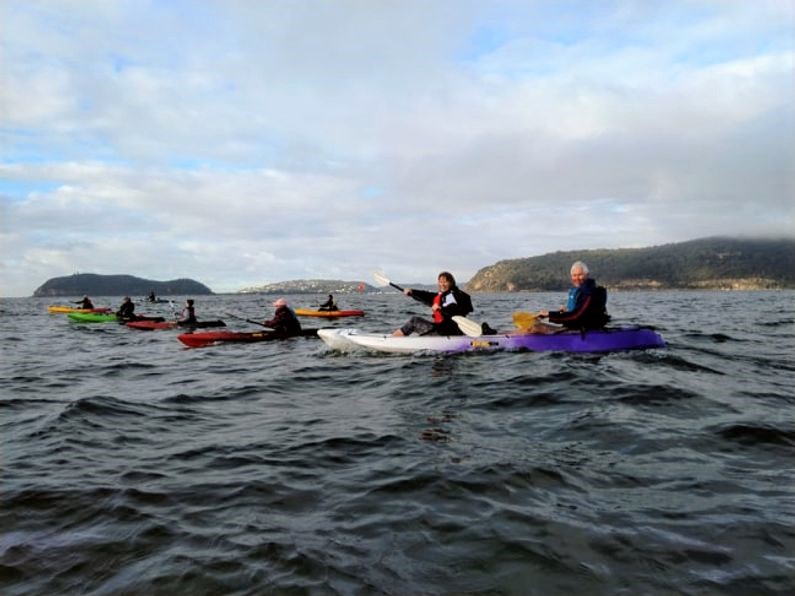 In the middle of the Hawkesbury

We paused just before Middle Head and caught up together as a group, trying to get used to this new sensation (for a lot of us) of the gentle rise and fall of the swell. We got the word from Colin and woohoo, we were off to Lion Island, across the open water headed towards a little sandy beach. Coming in to the beach the waves were tiny but got the best of some of us, resulting in awkward beaching with associated wet bums. 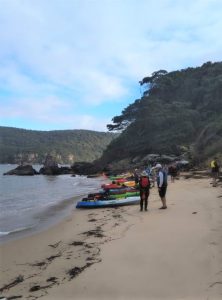 Short break on the Island’s beach

On the island beach, we found some fairy penguin tracks (!!!), Jen admired a cute little bonsai like fig tree growing out of a split in a large boulder, and Al admired the driftwood. On a sombre note, It was sad to see the assortment of litter washed up along the high tide line, some of which Jen in particular was not happy to see. So little beach; so much plastic.

Despite having the walkie-talkies, extra assistants and Colin’s pre-paddle lecture, the group still managed to spread itself out far and wide for most of the journey home. Paddling a bit closer in to the shore line than the others, Jen, Bec, Cheryl and Debbie scored a bit of an easy run home with the swell pushing the kayaks along. By the time we reached Dark Corner the group somehow managed to de-straggle and come together nicely for the gentle paddle back to the boat ramp (and some more graceful beaching).

As usual we enjoyed a post trip coffee at the Boathouse Café and it was agreed by everyone the ‘paddler of the trip award’ should go to Jenny Dixon for her remarkable achievement of not once, not twice, but three times in the water.

Thanks to Jen, Jack, Sean, Andrew and a huge thanks to Colin for another fantastic Wednesday paddle, enabling us to go on these little adventures to spectacular places we’d never normally get to.

For the words: Rebecca
For the pics: Jen, Eddie and Mike
For the vid: Mike Guest