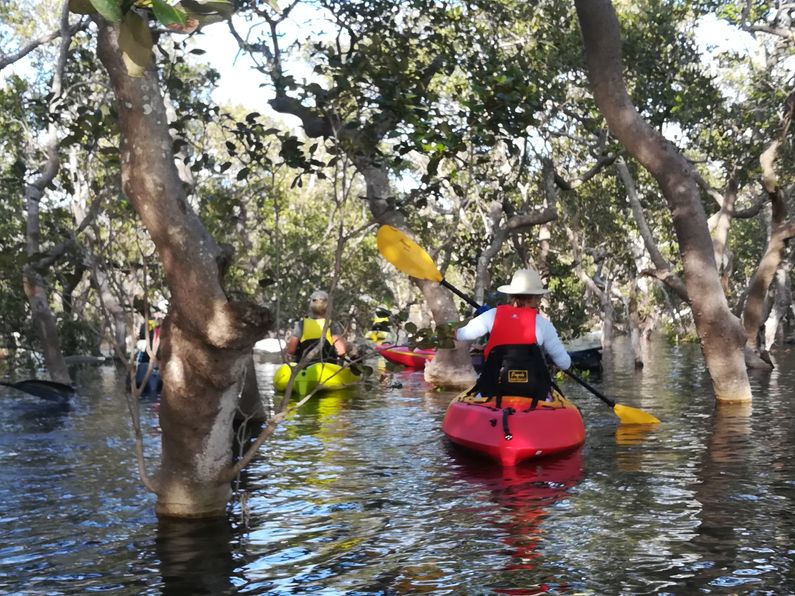 It was high tide this morning and a great time to explore Pelican Island Nature Reserve (located opposite the ferry wharf at Woy Woy). At other times the water is too low to allow access to the island by kayak.  After paddling around the eastern point of the island and passing the oyster leases, we were able to enter the northern part of the island. We spent a peaceful time paddling between the mangroves – good for kayaking skills and beautifully calm. 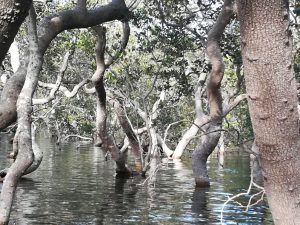 Then it was over to Saratoga Island – another Nature Reserve. Some of us were able to see stingarees, fingerlings and beautiful green crabs. We returned to the Lions Park wharf by paddling through the channel in the southern part of the island. 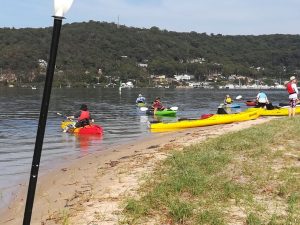 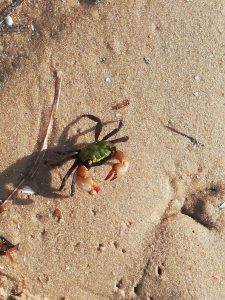